Inspired by Child In Need Institute India, CINI Australia was established in 2009 in Sydney to help improve opportunities for India’s Women and Children.

Australia has been involved with Child In Need Institute, India since its foundation.
In 1974 Sister Pauline Prince, a Loreto nun and nutritionist met with Dr Samir Chaudhuri, a Bengali Paediatrician and father John Henrichs, a Belgian Jesuit in a small school on the outskirts of Kolkata. These three dedicated people came together to find a solution to severe malnutritution and high death rates of women and children in Kolkata. Jennie Connaughton visited CINI India in 1975 and again in 2008. She witnessed the growth over its 35 year history and returned to establish CINI Australia

In 1974 Sister Pauline was working in a small primary school in Thakurpukur, on the southern fringe of Kolkata. She realized that many of the children were too hungry to concentrate on their school work. Large numbers of mothers were bringing their severely sick children to the school hoping for her help.
Sister Pauline said to Dr Chaudhuri:

“I want you to help me treat the children, advise the mothers to feed cheap and nutritious food and adopt hygienic practices.”

They started a makeshift clinic at the school for mothers and their malnourished children. The children received basic health care and immunization while mothers learnt principles of health and hygiene to prevent illness like diarrhoea that threatened the survival of their children. Communities nominated young mothers to be trained as health workers and CINI began to work with community leaders to identify and address their mothers’ and children’s needs.

Sister Pauline and Dr Chaudhuri formulated Nutrimix, a low cost food made from locally available cereals and pulses. Mothers were taught how to prepare this highly nutritious food. In 2010 Nutrimix became the basis of an ecomomic development project for women through CINI.

The women in turn taught others what they learnt about health and nutrition and so knowledge was spread throughout their communities.

Education became the foundation for changing lives. Overcoming malnutrition meant children would  develop normally and be able to learn. Education provides protection from the need for child labour.

And so Child In Need Institute began.

Dr Jennie Connaughton is a GP in Western Australia and co-founder of CINI Australia.

“In 1975 during a year off medical school I went to Thakupurkur, West Bengal. There I joined Dr Chaudhuri, Sister Pauline and a team of Indian men and women from all backgrounds, educations and religions working together out of a small school building. Their resources were minimal. Health education formed the foundation of the community development that was just beginning.

Young mothers, chosen for their leadership qualities were trained to deliver basic health care and education. Women learnt about locally available, affordable foods and how to provide basic hygiene and prevent diseases. They saw that these interventions make a difference. Mothers watched with relief as their babies weights increased and they gained strength and reached their childhood milestones. The health workers taught their neighbours about health, diseases prevention, nutrition and immunization.

I was struck by the commitment and wisdom in CINI’s philosophy. It was initiating real change in the villages and slums. Community leaders were involved with the planning for their village programs. Women were empowered through education and health care to change the opportunities for their children and the next generation.

In December 2008, thirty four years later, I returned to Kolkata and met up with  young women whose lives had changed through CINI. They had attended CINI’s education centers for children of sex workers and from Kolkata’s slums and railways. Now these women are the dedicated teachers and carers in CINI’s programs. Their committment comes from the knowledge that education and support from Child In Need Institute was the key to new opportunities..

CINI has grown into a widely recognized and effective NGO. It provides training for Health workers within CINI, for the Government and other NGOs. Its programs have continued to evolve and they are at the leading edge of community development.

CINI programs now include adolescents, community leaders and the government in finding ways forward and change the opportunities for poor children and women to be healthy, be educated and change their own world.”

CINI Australia is managed by a voluntary Board of Directors under our Constitution.

The current board members are: 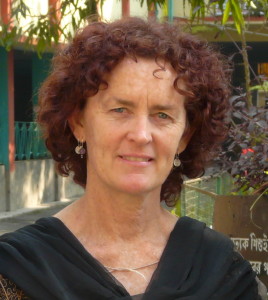 Jennie is co-founder of CINI Australia and has been a general practitioner for 25 years. She lives in WA and combines city general practice with work in Northern Territory and the Kimberleys WA. Working in remote towns and communities she has had the opportunity to pursue her commitment to Indigenous health. Previously in WA, she worked at Womens’ Health Care House, Fremantle Multicultural Womens Health Center, Whitfords Womens Center and Breast Screen WA. She has a longstanding commitment to women and childrens’ health and wellbeing, issues of gender equity and access to appropriate health care for all. Her visit to CINI as a young student influenced her approach to her medical work and belief that education is the basis of sustainable change in health. 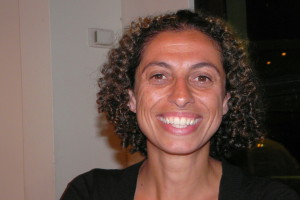 Anne-Maree has been a project manager specialising in research and drug development services within the pharmaceutical industry for over 10 years. Living in the beachside suburb of Cronulla, Anne-Maree is passionate about nutrition and fitness and regularly competes in Triathlons. Anne-Maree has a strong background in volunteer work for charitable foundations including fundraising and event planning Her expertise in management and her corporate experience underpin a stable framework for CINI Australia ensuring a sustainable future for the organization.

Chris has worked in a number of accounting roles in oil and gas and local government. He has recently completed an MBA from UWA, and is currently building his knowledge in governance and directorship through the Company Directors Course at the Australian Institute of Company Directors (AICD). He is passionate about continuing and building on CINI Australia’s success and being with his family.

Lee has been interested in women’s empowerment and health care issues for many years, both in her native city of Chicago and in Western Australia. She has been involved directly in Australia through the Multicultural Women’s Health Care Centre (Fremantle Women’s Health Centre ) as a Board member; subsequently holding the office of Treasurer. She is currently focused in the area of early child development in emerging economies such as India.

Peter is a consultant Occupational Physician who works in private practice in Perth. He advises a range of organisations in Western Australia on occupational health matters, particularly the management and provision of health services to remote workplaces. He has a Masters of Business Administration and has a special interest in Corporate Social Responsibility. He is the President-Elect of the Australasian Faculty of Occupational and Environmental Medicine and is a member of the Faculty Policy and Advocacy Committee. In 2016 he joins the Board of the Royal Australasian College of Physicians.

Diane’s professional background is mechanical engineering, with the majority of her 25 years’ experience being in project management in the oil and gas industry. Being part of a male-dominated environment has led Diane to understand the importance of gender equality. Diane’s Indian descent also gives her a deep appreciation of the vulnerability of children in India. Diane’s experience and determination to “make a difference” will contribute to CINI Australia’s vision and values.

Child In Need Institute, India is an award-winning, registered Non Government Organisation, operating primarily in West Bengal and Jharkhand. It has over 40 years experience helping women, children and adolescents from some of the most disadvantaged areas of India.
Established in 1974, CINI has grown into a highly regarded, comprehensive development organisation that collaborates with and advises other major NGOs and  the Government of India.
It is recognised as a leading authority on mother and child nutrition and healthcare in India, and provides training to staff from major charities such as UNICEF, CARE and CRY, as well as many smaller local NGOs.
Early History

Preventing malnutrition and disease by teaching mothers ways of helping themselves was one of CINI’s first priorities. CINI quickly realised that one of the main reasons the children were trapped in poverty was their lack of education.
Next Steps

Projects were instigated to get disadvantaged children into education and support them through to adulthood. It is impossible to ignore the dangers facing poor women and children, beyond inadequate nutrition and healthcare, so projects such as shelters and half way houses were set up to protect abused and trafficked children, the homeless and child labour.

One of CINI’s most important roles today is that of facilitator. It empowers people by communicating their rights and entitlements to them and helps women and children make use of those services already provided by the government. CINI also reaches out to every level of government from community leaders to policy makers to ensure that as much as possible is being done to help the poor, and to minimise the damage caused by ineffective governance.
Emergency Relief

CINI also provides Emergency relief for crises when they occur such as the Alia Floods in Bengal in 2008.
Where CINI works

CINI operates in some of the poorest areas in India. It is based primarily in West Bengal with its headquarters in Kolkata and also runs projects in Jharkhand and Chattisgarh.

Child In Need Institutute receives funding from within India and Internationally.
Aid organizations, Development Agencies and NGOs including Save the Children, UNICEF, CARE, and the World Bank.
The Indian Government: CINI has received substantial governmental support from both national and regional levels of Government of India. The Government provides funds for CINI’s Chetana Resource Centre, which has trained over 25,000 workers from the government sector.
Individual and Corporate Donors have generously given their time and money to help the people CINI supports.
CINI International

CINI International is made up of people from around the world working within their countries to support CINI through individual, corporate and Government donations and grants.

“As a paediatrician, I first set up CINI in 1974 as a small clinic to help treat children with severe malnutrition. This clinic expanded when I felt that treating the symptoms of malnutrition alone did little to stop the problem reoccurring, and so our remit extended to preventing malnutrition. This meant teaching mothers or carers simple solutions to better nutrition, hygiene and health. Later on in our development, I noticed that many of the children we helped were unable to go to school, and so were unable to read and write. This lack of basic education meant that many of these children would remain in low paid jobs, and would remain poor. So we expanded our remit to getting children access to education and supporting them whilst they were at school.

In the last 35 or so years, we have expanded from one small clinic to an organisation providing numerous health services, projects and programmes which seek to improve health, nutrition, education and protection.

This is where we find ourselves now. An Indian NGO, employing over 500 Indian nationals, serving local communities. Our programmes today are much more comprehensive than in the past. Increasingly we are working as a facilitator, encouraging communities, local government and service providers to work together better. We are trying to look at the ‘bigger picture’, working hard to make life better for the poorest communities in India.

Thank you to those who have so generously supported us so far.”

CINI has been officially recognized, both in India and abroad, as a leading authority on mother and child nutrition, healthcare and education within India and around the world.

CINI is proud to have received :

The National Award in the field of Child Welfare. CINI is the only NGO to have won this award twice

The “Liguria” prize from the International Centre for Development of Culture of People, Genoa, Italy

The National Award in the field of Child Welfare